In January I started hosting a team of interns at Astire Games, and it has been an awesome learning experience (for me and for them!) 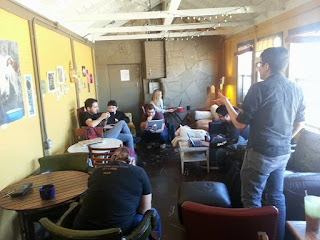 This was not my first time leading a team, but it was my first time being the "final call" - the person at the top...and it was strange! Basically, at any point, if I decided to back out the whole thing would just disappear, it would cease to exist...a very surreal feeling. It took a while to get used to, and it also took a while for me to get comfortable making those final calls. 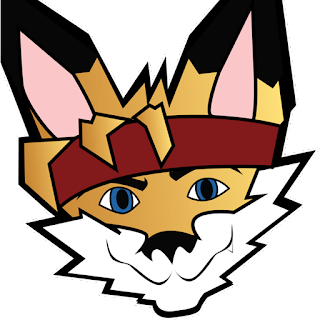 It wasn't until the final week of the project that I decided how much I should enforce the quality bar, and that also led to my toughest lesson - not everyone has the same quality bar! And it is unreasonable to expect interns or current students to hold themselves to the same quality bar as someone who has worked in the industry. I had a certain expectation of what the final quality would be, and I kept expecting it to get there and I was just sort of waiting for it to happen. I was continuing to give feedback, but I just kept expecting the quality to keep going up and at a certain point it seemed the quality improvement was peaking - it was no longer making large improvements, and I believe the reason was that the interns had reached their quality bar - they believed the game was "good enough to ship" and I did not feel the same, but how could they know that?

So, I put on my "mean boss" hat and told them the game was not good enough to ship, and that it would not ship if the quality didn't improve. It was a painful thing for me to say, especially considering how lax I had been for most of the quarter, and I was not sure what the reaction would be. 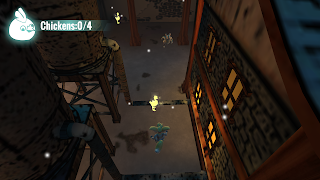 In this case things worked out, everyone started working harder and making major improvements anywhere I was giving feedback. In the future, I think a better approach would be to make the quality expectations clear from the start, and also to make publishing the game feel more like a reward - ie. if the game meets these quality expectations we will publish it! 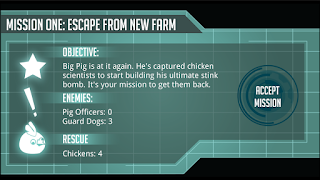 I think it may not have been fair for them that I withheld my quality standards until the end, and that is something I hope to improve with future teams. I've sent offer letters to the next batch of interns and am excited to try again and do better starting next week! 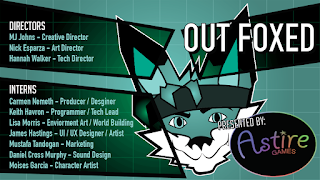 The first team of interns submitted their game Out Foxed to iTunes, Google Play, and the Amazon App Store. Android versions are available now on Google Play and Amazon. iOS version is available on the iTunes App Store. 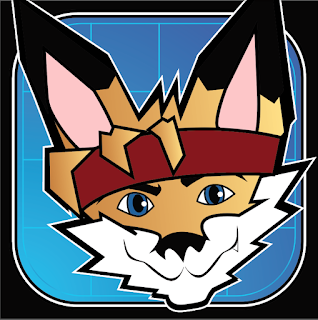 As always, thanks for reading :)